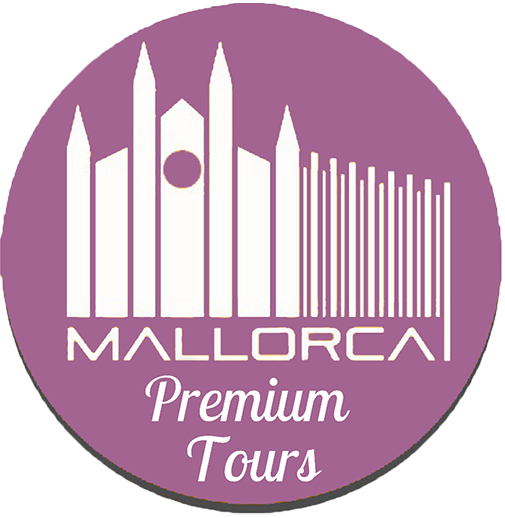 The Bellver Castle is one of the best-preserved architectural marvels of medieval times. It is a medieval castle in Gothic style round plant built between 1300 – 1311 by direct order of the king Jaume II of Mallorca. A work located in a strategic place on the island, on a hill 112 m high above sea level and at 4 km from Palma. It was also conceived as a palace-fortress where the leaders could take refuge with security guarantees in case of danger but they also used it for long stays, parties and other events. Anyway, despite its defensive nature the interior denotes an elegant and refined taste. Something worthy of a royal residence.

Go to the visit
Book 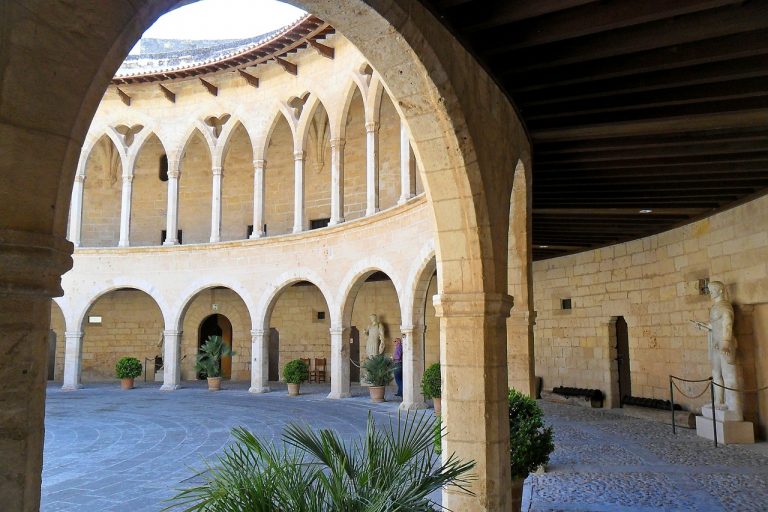 You will notice a contrast of the exterior of the building and the interior. At the outside, you will see the different parts of a medieval castle (the keep, the moat, machicolation, battlements and more). At the inside, you will appreciate an elegant courtyard, a collection of historical pieces from Roman times and classic style (17th Century).

The three kings of Mallorca lived for short periods: Jaime II, Sancho I and Jaime III. At the end of the 14th century, it was inhabited by Juan I of Aragón and Violante de Bar, with his court. They lived for a while fleeing the plague that was ravaging Barcelona.

There were also public executions and punishments applied by the <strong>H</strong><strong>oly Tribunal of the Inquisition</strong>. During the 18th century, it became a military prison. Between 1802 and 1808 he was imprisoned in one of the rooms on the first floor <strong>Gaspar Melchor de Jovellanos</strong>, the minister of Finance and Justice under the reign of Carlos IV. The castle was also a prison for many French soldiers and officers defeated at the “Bailen” Battle.

In 1817, the general Lacy was executed. He was the leader of a failed revolution. In 1821, the castle was temporarily the Mint, and in the 20th century, it became a Franco prison during the civil war.

We work with small groups of maximum 15 people.

An exclusive walking tour for you, your family, friends and/or couple.

All our official guides are from Mallorca.

Whenever , wherever and how you want.